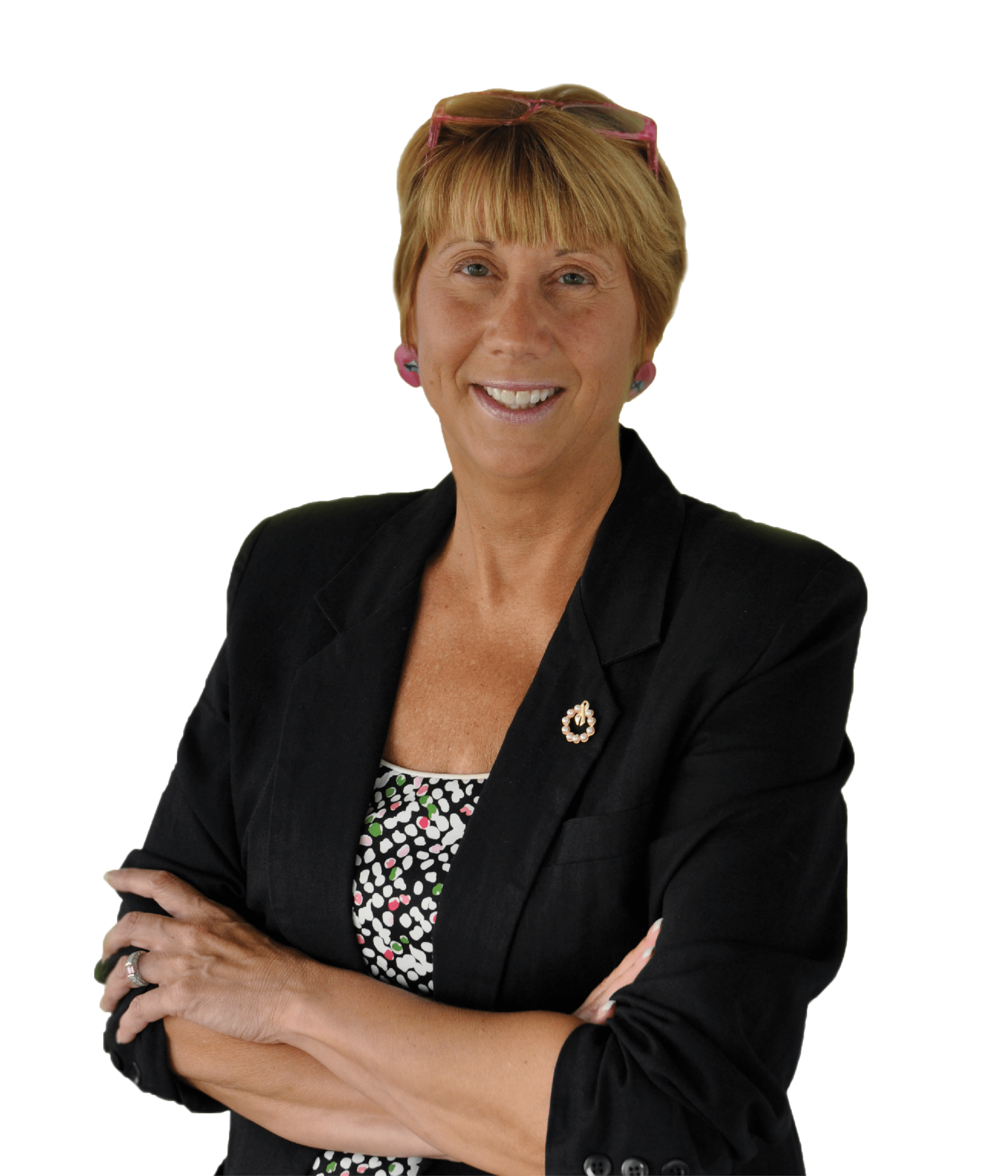 A "LITTLE" ABOUT MEREDITH

Meredith Strang Burgess is President and CEO of Burgess Advertising & Marketing, a 35+ year old communications company located in Falmouth, Maine. Over the years the company has received many accolades including the Governor's Award for Business Excellence and was named Best Places to Work in 2009, 2010 and 2011. Meredith is very active in the community and is a past laureate in the Maine Business Hall of Fame; a Jefferson Award recipient;  received the Mary Rines Thompson Award from WCSH 6 Who Care Awards; and was named the 2014 Woman of Distinction by the Girl Scouts of Maine. And in May 2021, she was awarded Doctor of Humane Letters by Thomas College.

Diagnosed with breast cancer in 1999, she is a very active and out spoken advocate for cancer awareness and prevention. She is the past president of the Maine Cancer Foundation and helped create the successful pink ribbon Maine specialty license plate program in 2008.

In 2006, she was elected the Maine State House of Representatives and served with distinction in the 123rd, 124th and 125th Legislatures and is the third generation to serve in the Maine Legislature. She served one term on the Education and Cultural Affairs Committee and two terms of the Health and Human Services Committee, and served as House Chair in her final term. She served on the commission to create the Maine Children's Growth Council and served four years on the Council and is now a board member of Maine Early Learning Investment Group (MELIG) raising funds to support Elevate Maine. In 2014, she joined the Board of Directors of MEMIC. And in 2017 was elected to the Maine Development Foundation Board.

Active in education, Meredith is the past president of the University of Maine Board of Visitors and just completed her service as a trustee at Hebron Academy after almost 11 years. In 2012, she rejoined the Board of Maine Historical Society. She has also served on the Boards of the Maine Cancer Consortium and the Maine Public Health Association and is the past president of the Portland Ronald McDonald House. Meredith resides in Cumberland and has three adult sons. When not working on communications, genealogy, community or political projects, she can be found skiing at her beloved Sugarloaf or cruising Casco Bay. She has completed sixteen triathlons and has the great honor of being the last finisher at the annual Maine Tri for a Cure triathlon every July, which is the largest single-day fundraiser in Maine.

A "LOT" ABOUT MEREDITH

Meredith's strong focus on teamwork earned the company the 1999 Governor's Award for Business Excellence. In June of 2000, Meredith was awarded the coveted Eagle Feather Award from Maine Businesses for Social Responsibility now Maine Association of Non Profits (MNAP) in recognition of Burgess Advertising's family-friendly policies, attention to personal and professional values in client relationships, and extensive involvement in a wide variety of community activities. In the spring of 2006, Junior Achievement of Maine inducted her into the prestigious Maine Business Hall of Fame. She was only the seventh woman in Maine to receive this honor. Her company has also been named one of Maine’s Best Places to Work in 2009, 2010 and in 2011 was named the number one Best Places to Work in the small business category. And in May 2021, she was the commencement speaker and awarded her Doctor of Humane Letters by the Board of Trustees at Thomas College.

On the personal side, in the fall of 1999, Meredith began a very public 18-month battle with breast cancer. Her story has received coverage locally in publications including Mainebiz, Portland Magazine and the Portland Press Herald; and nationally in the October 2000 issue of McCall's magazine. She was also included in "Portraits of Courage, Voices of Hope", a photographic essay exhibit of breast cancer survivors that debuted in Portland before being published as a book of the same name, the proceeds from which go to support the patient education and outreach programs of the Maine Cancer Foundation.

In 2001, she received the Adult Good Samaritan Real Hero Award from the American Red Cross, Portland Chapter. In 2003, her legacy of community involvement was recognized with a Jefferson Award, given annually to those whose leadership and contributions have had a positive impact in the community. In October, 2005, she received the prestigious Mary Rines Thompson Award from WCSH TV, as part of their annual 6 Who Care Awards ceremony, for outstanding commitment to volunteerism. In 2011 she was named a Great Woman of Maine by MaineToday Media, the owners of the Portland Press Herald, in the inaugural year of this new honor. In 2013 Maine Magazine named her one of "50 People who have made a difference in Maine" in their first ever annual listing.

With her treatment completed, she continues to be an outspoken advocate of early detection and cancer awareness by personalizing the face of cancer and is active in a number of different initiatives and events. She has been very active with the Maine Cancer Foundation, serving as President of the Board of Directors from 2002 to 2007. In 2007 she received The Carroll Award for “ extraordinary efforts to advance the path to a cancer free future.” In 2008 she received the Maine Leadership Award for Breast Health from the Maine Breast Health Cooperative given by Maine’s then First Lady, Karen Baldacci. She has been profiled on WCSH TV and has been featured in a Buddy-To-Buddy PSA that ran in Portland and Bangor.

In 2002, Meredith founded the annual Cure Breast Cancer for ME Luncheon and other related events, which ran through 2012. These events raised over a million dollars for the Maine Women’s Cancer Fund, which is managed by the Maine Cancer Foundation and 100% of the proceeds stay in Maine. She has also served on the board of directors of the Maine Cancer Consortium and the Maine Public Health Association.

In 2007 Meredith began a campaign to collect 2,000 reservations to support the creation of a Specialty License Plate to Support Breast Cancer Services in Maine. The campaign was successfully completed in December 2007. The new license plates were released in October 2008 and continues to raise awareness as well as much-needed funds for the Maine Breast and Cervical Health Program, Maine Breast Cancer Coalition, and the Maine Cancer Foundation. There are over 25,000 pink ribbon plates on cars all over Maine…and over 3 million dollars has been raised and distributed to the 100% Maine based organizations!

Politics has been a part of Meredith’s activities ever since she volunteered on her first campaign in 1972. She has attended almost every Maine State Republican Convention since 1974 and was one of the youngest Alternate Delegates in the country to attend the National Republican Convention in 1976. She is a past member of the Maine Republican State Committee and the Cumberland County Republican Committee. She is a long-standing member of the Town of Cumberland Republican Committee and has volunteered for numerous local, state and national campaigns. She served as First District Co-Chair for the Olympia Snowe Re-Election Campaign in 2006.

In the Fall of 2006 she was elected to the Maine State House of Representatives, 123rd Session, representing District #108, which covered Cumberland, Chebeague Island, Long Island and part of North Yarmouth. She served on the Education and Cultural Affairs Committee and is the third generation in her family to serve in the Maine State Legislature.

Meredith was re-elected in November 2008 to the 124th Maine State Legislature and served on the very busy Joint Standing Committee on Health and Human Services. In 2008, she was selected as one of fifty in the nation to attend the prestigious State Legislative Leaders Foundation’s Emerging Political Leaders Program held at the University of Virginia, Darden School of Business. She has received the Legislator of the Year Award from the Maine Developmental Disabilities Council and the Legislative Advocacy Award from the Maine Association for Community Service Providers for her commitment to supporting services for Maine people with disabilities. In 2009, Meredith was appointed to the Cumberland County Charter Commission, which drafted the first ever, Cumberland County Charter. The Charter was successfully adopted on Election Day, November 2, 2010.

In May 2010 she was appointed to the new Joint Standing Committee on Health Care Reform. This committee was charged with the task of reviewing the various aspects of the new national healthcare law and how it will need to be implemented in Maine. In November 2010, she was re-elected to her third and final term, receiving over 60% of the vote in a three-way race and served in the 125th Maine State Legislature. She was the House Chair of the Joint Standing Committee on Health and Human Services. In this role she also served on a number of related committees and legislative leadership roles. In 2011 she was honored as a Oral Health Hero by the Maine Dental Access Coalition This award is given to people and programs that have demonstrated outstanding leadership and a strong commitment to improving the state of oral health in Maine through oral health advocacy, organizing, and service. She served on the commission to create the Maine Children’s Growth Council and served on their board for four years and continues to be active in all issues relating to giving our kids the best start possible to be successful in our global economy. In 2013 she was invited to join the board of Maine Early Learning Investment Group (MELIG) raising funds to support “Elevate Maine”. From 2015 through 2018, she was a regular member of "Across the Aisle", a weekly political commentary radio show on Maine Public, along with political colleagues, Hon. Dick Woodbury and Hon. Cynthia Dill. In 2017, she was appointed to Maine's Permanent Commission on the Status of Women and elected to the Maine Development Foundations Board of Directors.

Meredith has always been extremely involved in her profession. She is a past president of the Advertising Club of Greater Portland. In 1992, she received the Club’s annual Conwell Award, which honors an individual who has contributed time to the industry and community and social concerns. In 1996 she received the Maine Public Relations Council's Edward L. Bernays Award for outstanding contributions in the field of public relations. For the American Association of Advertising Agencies (AAAA), she served on the New England Board of Directors and on the National Government Affairs Committee from 1996 to 2013.

A native of Camden, Meredith has three adult sons and lives in Cumberland. When not working on communications, community or political projects, she can be found skiing at her beloved Sugarloaf or cruising Casco Bay. She has completed sixteen triathlons and has the great honor of being the last finisher at the annual Tri for a Cure every July, which is the single largest one-day fundraiser in Maine.